Hamburger is like Coca-Cola. A piece of meat, grounded and fried, pretends to be a steak. Like Coca-Cola, which kind of tries to look and work like coffee. Besides the conceptual similarity they both are also practical. Fast foods are the result of American lifestyle, where the time, availability and simplicity are the most important factors.

New fashion took control over Warsaw! At the weekend of 2nd and 3rd of August special event took place. All the hamburger food trucks came into one place, to make and sell food, celebrate their looks and take part in a contest for the best hamburger in Warsaw. And it seems like the hamburger will not ever be the same, because here comes the new thing, the post-burger era. And it’s not only about the flavour, it’s also about the style.

I wouldn’t be myself if I wouldn’t review anything to eat there. I also have an opinion that life is something more than eating grounded meat and bread with two slices. So I ignored all of the burgers and found something for vegetarians. The booth I was looking (Wege Wave) for was hidden somewhere in the dark corner, it offered i.e. garbanzo and lentil sandwich which tasted good. And it would be awesome if they could actually use some dark bread instead.

Here’s the photo report from the event. 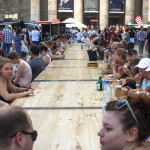 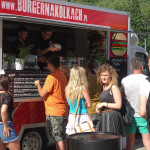 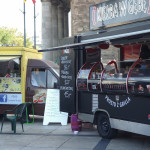 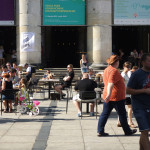 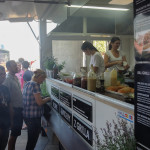 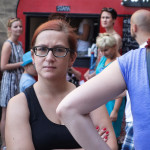 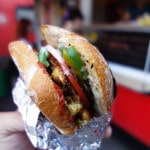 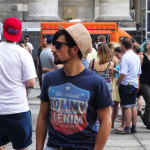 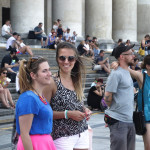 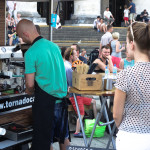 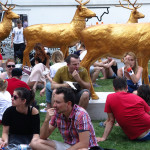 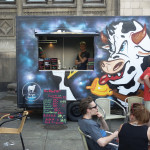 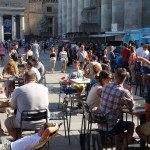 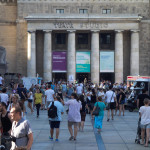 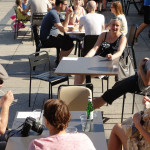 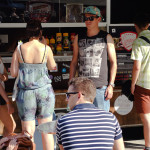 Let’s start with this guy waiting to be picked up by an art car. There are many beautiful, huge, amazing, weird, flashy and loud…